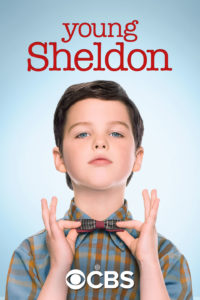 Chuck Lorre said, “To those of us involved in making it, Young Sheldon is more than a television series. At its heart, it’s a story about potential. When the education of a child is supported, there is no limit to what that child might eventually achieve. We hope that in some small way, this program gives these public schools more STEM educational tools in the classroom for teachers to nurture and ignite the curiosity of students who will ultimately become our future leaders and scholars.”

Each of the 19 public school grant recipients will be acknowledged as a YOUNG SHELDON STEM INITIATIVE Grant Recipient and will receive a two-year grant from TCLFF which is specifically to support each school’s STEM teachers and STEM educational programs within their existing in-class curriculum and/or after-school programs. In addition to the direct grant funding to each school, the YOUNG SHELDON STEM INITIATIVE will also fully fund all costs for an annual experiential opportunity for students and teachers in and outside the classroom. Each school will be eligible to submit for continuation grants at the end of the two-year period.

The initial 19 institutions selected to be YOUNG SHELDON STEM INITIATIVE grant recipients are:

This public school STEM initiative follows The Chuck Lorre Family Foundation’s collaborative establishment of The Big Bang Theory Scholarship Endowment at UCLA in 2015. This unprecedented endowment and scholarship program was designed to assist undergraduate students in need of financial aid who are pursuing their higher education in STEM fields. The Big Bang Theory UCLA scholarship launched with a $4 million endowment, which included partner donations from the TBBT cast, producers, crew, CBS, Warner Bros. Television. The program supported an inaugural class of 20 TBBT/UCLA scholars for the 2015–16 academic year, adding five scholars each succeeding academic year — in perpetuity. To date, The Big Bang Theory endowment at UCLA has supported 35 TBBT/UCLA scholars. Each year, the scholars come to the set to be honored by the cast and crew, and the scholars have created an official UCLA on-campus club which provides mentorship and weekly study groups.

About Young Sheldon
For more than a decade on The Big Bang Theory, audiences have come to know the iconic, eccentric and extraordinary Sheldon Cooper (played by four-time Emmy® winner and Golden Globe® winner Jim Parsons). This single-camera, half-hour comedy gives viewers the chance to meet him in childhood in East Texas, as the 9-year-old Sheldon (Iain Armitage) embarks on his innocent, awkward and hopeful journey toward the man he will become. Young Sheldon stars Iain Armitage, Zoe Perry, Lance Barber, Montana Jordan and Raegan Revord, with Annie Potts and Jim Parsons. Created by Chuck Lorre & Steven Molaro, the series is produced by Chuck Lorre Productions, Inc., in association with Warner Bros. Television. Lorre, Molaro, Parsons and Todd Spiewak are executive producers. Young Sheldon returns for its second season in a special Monday, September 24, season premiere at 8:30/7:30c on CBS, before moving to its regular time period of Thursdays at 8:30/7:30c on September 27.