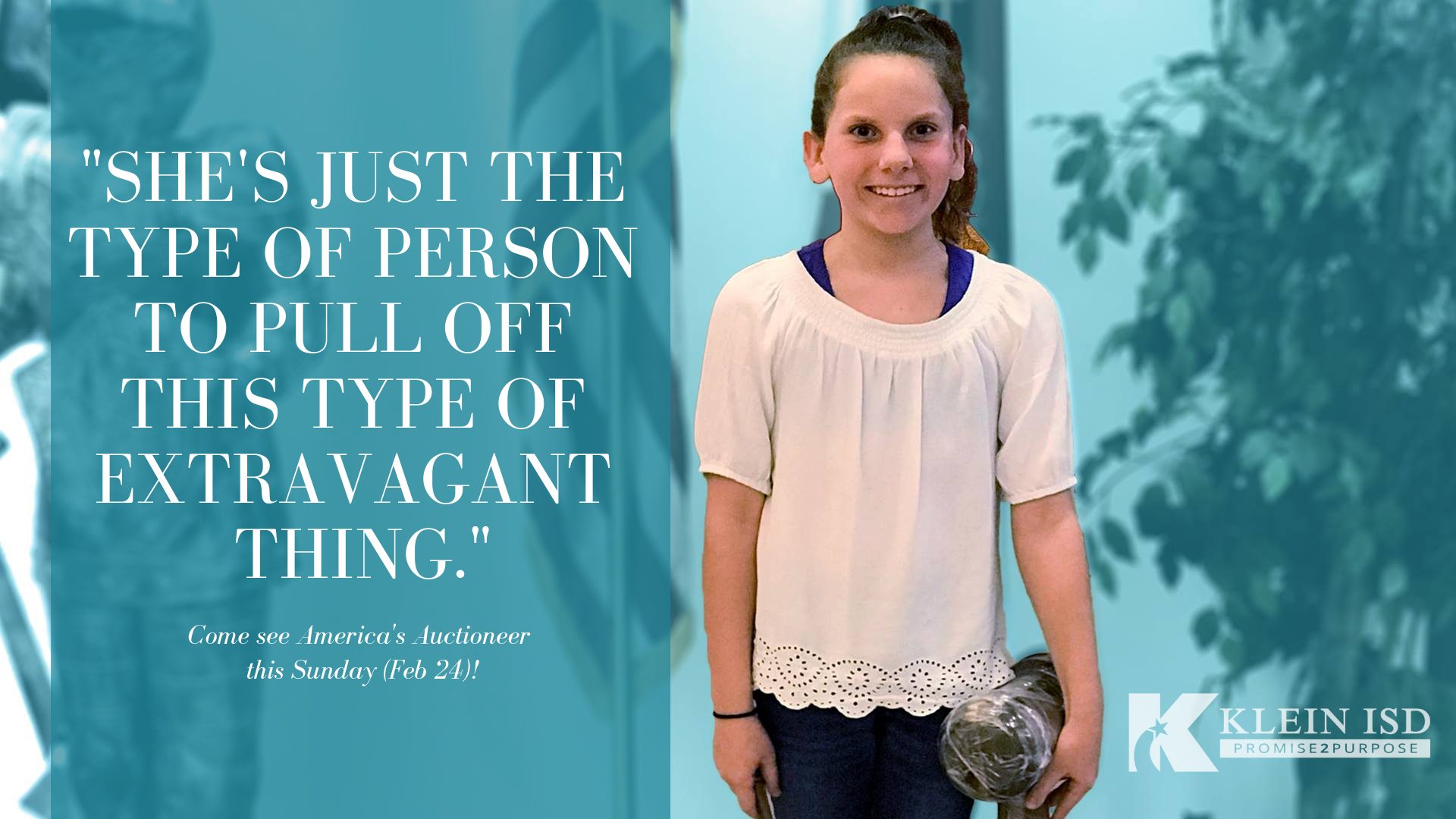 When Jenna Goedken realized that her church’s youth choir needed an auctioneer for their annual fundraiser, she took it upon herself to find, invite and book one. But not just any auctioneer.

Jenna is a sixth grader at Krimmel Intermediate and a self-proclaimed super fan of the DIY Network hit series “Texas Flip N Move.”

“We were watching the show one night and it just popped into my head that we should invite Mr. Myers Jackson to be the auctioneer at our fundraiser,” she said.

And that she did, with the help and support of her mom.

“Mr. Myers Jackson, my name is Jenna Goedken and I am 11 years old. I live in Spring, Texas, and I love watching your show…” is how she started her message to the famous auctioneer.

She explained in the message that she is a member of the youth choir at Klein United Methodist Church and every year the group tours to a different part of the county to put on live performances and take part in community outreach.

She then went on to say that she had a very important question to ask him. 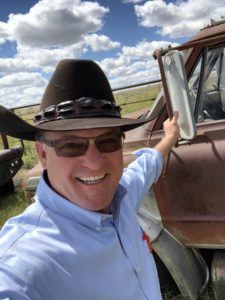 “She amazed me,” Jenna’s mother, Jenny Goedken said. “If I would’ve thought of inviting him, I would’ve done it myself but she just decided on it and went for it.”

The mother-daughter duo wasn’t sure what to expect when Jenna first attempted contacting Jackson, but a response from “America’s Auctioneer” was quickly received.

“He responded so quickly, I was shocked,” Jenny said. “At first, I was quite hesitant and a little nervous because I wanted to be sure he was the real deal.”

During a FaceTime call with Jackson, Jenna further explained to him that the youth choir has a total of nearly 40 Klein ISD students, some of which need scholarship money to take part in the tour to Colorado.

Jackson said that he was also blown away by Jenna’s initiative and he is looking forward to serving as the auctioneer at the fundraiser on February 24 at Klein UMC.

“When she said that she was just 11 years old, my only thought was ‘wow, that’s a bold move for an 11-year-old to make,’” he said. “If she’s going to, at that age, put in the effort to make the request, I’m going to put in the time to respond.”

Principal Prentiss Harper said that this level of initiative is not out of character for Jenna.

“She’s a go-getter and a very positive influence on campus,” he said. “I wish I could say that I’m surprised by this, but I’m not. She’s just the type of person to pull off this type of extravagant thing. She’s a role model here at Krimmel.”

Jenna has also written to Beyonce, President George W. Bush and Mattress Mack to extend a formal invitation to the fundraiser.

“If you’re going to dream, dream big,” she said. “You never know what could happen.”

For more information about the fundraiser, contact Jenny Goedken at jgoedken1@kleinisd.net.