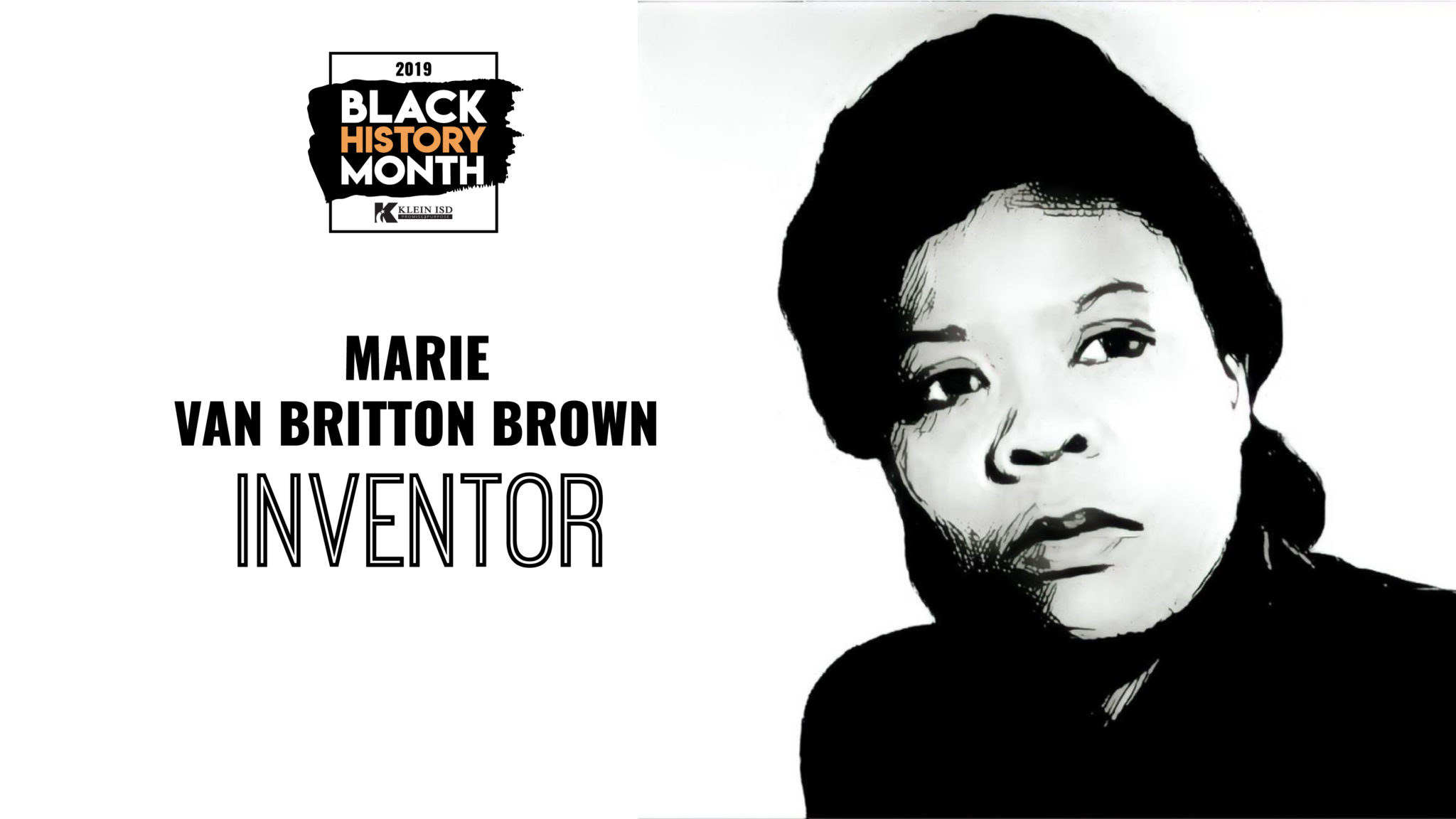 Marie Van Brittan Brown Marie Van Brittan Brown was born on October 30, 1922. Marie was a nurse and an inventor, of course. She went to Harrison College, DeVry University, and the University of Phoenix. Marie married Albert Brown. After getting married, Marie and Albert had two children: a boy and a girl. Their names were Norma Brown and Albert Brown Jr. Norma followed into her mother Marie’s footsteps and became a nurse and an inventor as well. Sadly Marie passed away on February 2, 1999, at the age of 76.

Marie’s invention had a huge impact on our everyday lives, even on my life. For example, when people leave their houses they do not have to worry about somebody breaking in their houses. You can be more calm and at ease when you leave your home. The security system alerts you to know when you are in danger or if some folks have been in your home. Then, you know when something is wrong.

Marie invented the first home security system because she said the police were too slow in arriving to their and her own emergencies. Marie’s design was influenced by the surveillance risk of her home in her range. Apart of building the first home security system, while building her worldwide invention she invented the first security cameras. Marie had her patent filed in 1966. She was in her early 30’s when her U.S patent #3,482,037 was filed.

Now you have learned a little bit about Marie Van Brittan Brown. You’ve learned why she built the first ever home security system, her family information, and how much Marie’s invention had an impact on people’s lives. Also that Marie also built security cameras while making the security system.