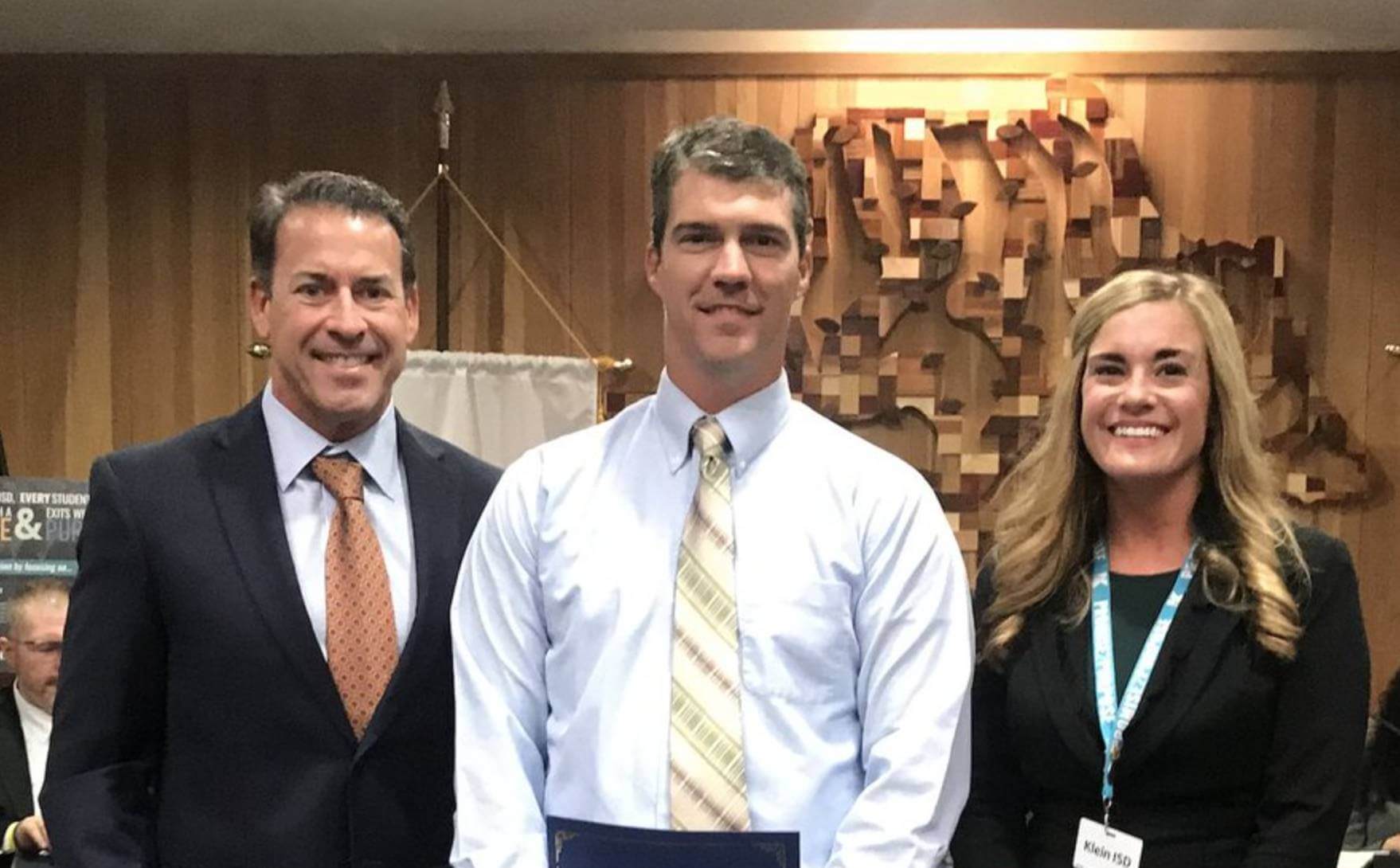 From a former student to current teacher, Joel Reichling has maintained his connection with his former high school. He is now Alumni of the Month and we couldn’t be more excited to witness what Klein family is all about!

Joel Reichling’s family moved to Klein in the summer of 1990 during his 8th-grade year where he attended Doerre Intermediate that year before moving on to Klein High School where he graduated in 1995. While at Klein High, Joel played varsity football and baseball for the Bearkats. He was also a member of the National Honor Society, National German Honor Society, and was named Who’s Who of Klein High School.

After graduation, Joel moved on to Trinity University in San Antonio. He continued to play football and baseball in college, earning All-Conference honors in both sports and was named Team Captain of the baseball team for their Conference Championship season his senior year. As an avid baseball fan, the Dean of Education at Trinity did some persuading to convince Joel to change majors into the education field during his Junior year.

Joel’s first teaching job was at Robert E. Lee High School in San Antonio where he taught Economics, Government, and US History while completing his Master of Arts in Teaching degree from Trinity.  He maintained his connection with sports by coaching varsity football and baseball as well. Eager to return to his alma mater, Joel interviewed for a job opening to return to Klein High for the 2001-2002 school year. Joel has been here ever since.

Coach Reichling even married a bearkat, his wife Sarah (class of 1998) in 2004.  They have been married for nearly 16 years and have four adorable girls (Anna, Abigail, Ashley, and Alice Mae).  His oldest is now a freshman at Klein. Coach Reichling and his family enjoy being a part of their neighborhood, church, schools, and the Klein community in general. Their favorite events include cooking big family meals together and traveling.

by Marlon Torres
8061 min
X
6 Heroes Honored for Saving Life of Faculty Member…FeaturedGood health is essential to growth and achievement, which is exactly why our Klein ISD campus clinics are staffed with Registered Nurses (RN) and Lice…