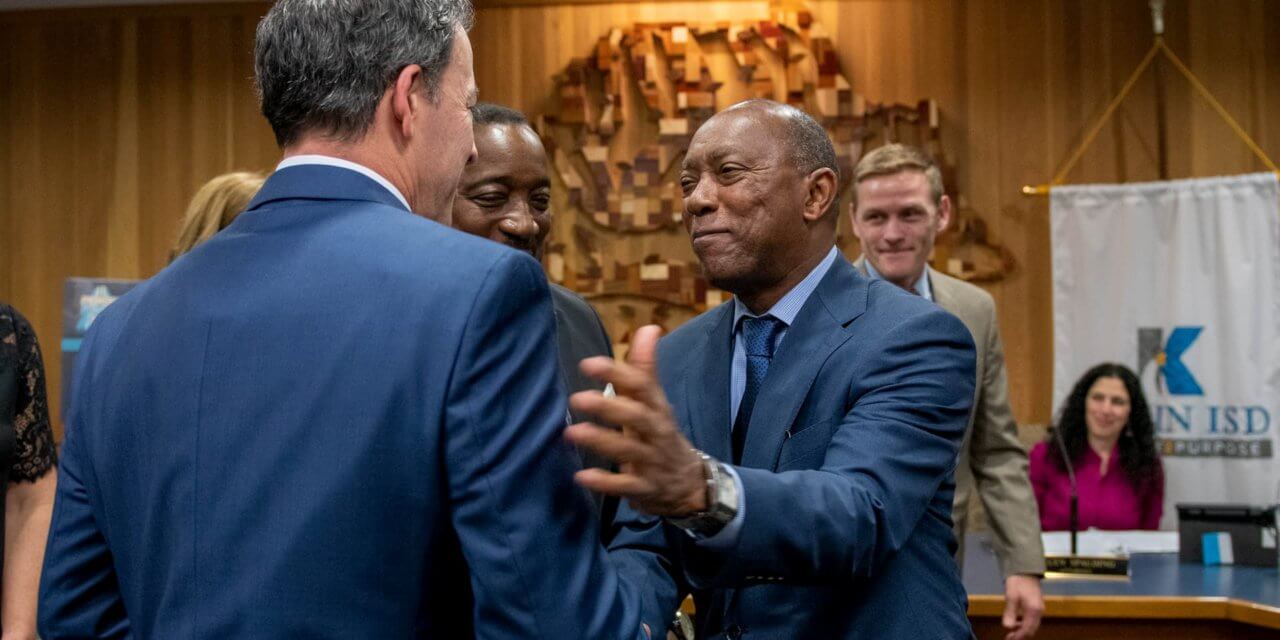 City of Houston Mayor Sylvester Turner was presented with the February Klein ISD Alumnus of the Month award at the Feb. 10 Klein ISD Board meeting.

Turner, an outstanding Klein ISD alumni that graduated from Klein High in 1973, was on hand to accept the award Monday night. In his acceptance speech, Turner spoke directly to the Board, which is headed by Klein ISD’s first black Board president, Doug James.

“I came here not for me, but to thank all of you for what you’re doing,” Mayor Turner said. “For standing up for all kids—all 54,000. For those who are here now and those yet to come. The commitment people have within this particular district speaks volumes.”

After graduating from Klein High as valedictorian, Turner went on to study political science at the University of Houston and later attended Harvard Law School. After finishing school, Turner returned to his hometown and joined Fulbright & Jaworski Law Firm. Turner later founded his own law firm, Barnes & Turner.

Turner was later elected to the Texas House of Representatives where he served for 27 years representing District 139. He later ran for mayor in 2015 and won his campaign.

“Mayor Turner is one of Klein ISD’s most notable alumni,” James said. “We appreciate you coming back to your home — Klein, Texas, and we thank you for being an outstanding example to future generations.”

Mayor Turner was an active student while at Klein High where he was president of the student council and participated in science, chess, and Mu Alpha Theta clubs. His success at school brought him the title of Mr. Klein High School.

We honor Mayor Turner for his hard work, determined leadership, and we’re proud to say he’s a Klein ISD Alum!

X
Fuchs Family Honored with Naming of Fox Elementary…FeaturedThe Klein ISD Board of Trustees officially named Elementary 33 as Fox Elementary at the Feb. 10, 2020 Board meeting. “The District is so pleased to …

by Klein ISD
4331 min
X
Klein ISD Named National District of DistinctionFeaturedAfter being recently honored as the first and only school district to receive the Houston Business Journal’s Innovation Award, Klein ISD has been na…