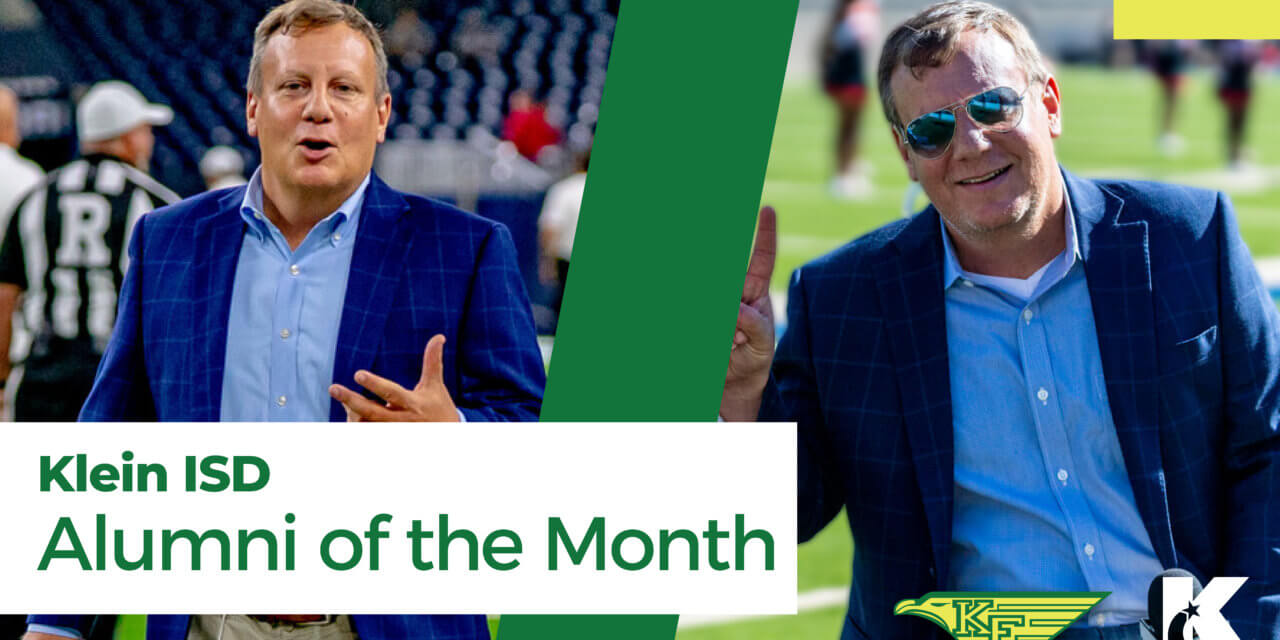 Matt Malatesta is a proud Klein ISD Alumni. He attended Greenwood Forest Elementary, before transitioning to Wunderlich Intermediate. At Klein Forest, Malatesta played basketball and was involved in FCA among other clubs.

He then attended LSU, where he earned his degree from the Manship School of Journalism. While at LSU, he was the sports editor of the Daily Reveille and covered the likes of Shaquille O’Neal and the Tiger National Champion Baseball Team.

Matt parlayed his love for sports and journalism into a 25-year career in media. Malatesta started with Yahoo Sports’ Rivals.com, where he was a national football recruiting analyst. In 2004, Malatesta wrote “It’s My Life,’” an inside look at North Shore High School’s state championship team of 2003.

“He brings expertise and enthusiasm to the game,” Board of Trustee Secretary Georgan Reitmeier said. “We want to thank you from Klein ISD and we are proud to say you are a Klein ISD lifer.”

Building his brand, he became the high school analyst for KPRC’s Local2 Sports with Randy McIlvoy and the color analyst on the KUBE 57 Game of the Week with Todd Freed.  He then founded VYPE Media in Houston in 2006, which publishes titles in Houston, Southeast Texas, Austin, San Antonio, and Dallas covering the world of high school sports.

In 2017, Malatesta and his business partner Derek Dusek sold VYPE to Work America Capital, where they now run their media operations that reach over 2 million unique visitors a year.

“Thank you all of Klein ISD,” Matt said. “This school district is amazing for the kids and I’m so happy to have been a part of it.”

Matt and his wife, Kelly, run First United Mortgage’s Houston operations and they have three kids – Mackenzie, McKay, and Rebel.