August Wunderlich Named Alumni of the Month for November 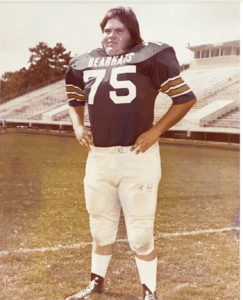 Few Klein ISD employees can claim a rise through the ranks to surpass that of Mr. August Wunderlich.

Mr. Wunderlich is a proud Klein ISD alumni and has made strides to show he is deserving of the honor to be recognized as the Klein ISD Alumni of the Month.

“August represents the absolute best of our Klein Family, not only because of his deep roots in the Klein community but also because of the integrity, care, and commitment to excellence he exemplifies each day,” Superintendent Dr Jenny McGown said.

August grew up on a local truck farm where present-day Doerre Intermediate is located which he describes as “Old McDonald’s Farm.”  He has been known to tell stories of nursing farm animals back to life in the house that he lived in. August learned to love agriculture from his dad while serving as President of Klein High FFA.

“As most of you know, I am a proud member of one of the founding families of this great community and grew up on a farm much like Old McDonald’s farm. Fortunately my future career all started with a part-time co-op job during my junior year at Klein High School,” August continued. “I’m living proof that this school district treats its employees like family and allows for growth to fulfil your dreams.”

At the age of sixteen, as part of a high school co-op program, he was employed as a custodian by Klein ISD and assigned to the district administration building. He continued working for the district and remained on a part-time basis during college. 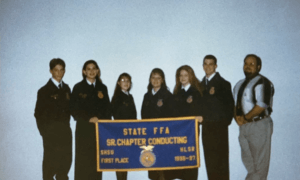 Mr. August Wunderlich with his FFA students during his time teaching in Klein ISD.

After teaching Agricultural Science in Navasota, August returned to Klein ISD as a teacher.  He taught at Klein High School, his alma mater, and Klein Oak High School, before taking a job opportunity in maintenance.  He served in several leadership roles in maintenance before becoming the Executive Director of Facilities and School Services.

“When I started working here as a custodian in high school, I would have never fathomed that I would one day be an Executive Director in this school district,”  August said. “I still miss teaching, but I know that I still have an effect on students through the many things we do from the ancillary standpoint to give students a great educational experience.”

While he was an Agriculture Science Teacher, August served as the president of the Area III Ag-Teachers Association and was a member of the state board for that organization.  During his teaching career, two of his most fulfilling accomplishments were training the state winning parliamentary procedure team which went on to be third in the nation, and training a livestock judging team that won the Houston Livestock Show competition.

Since becoming an administrator, August has earned the Commitment to Excellence award from the Gulf Coast Maintenance and Operations Association and the Operational Excellence for Facilities Management award from Building Operation Management magazine. 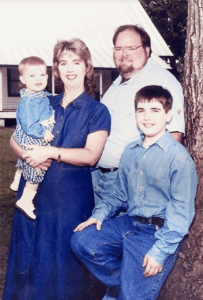 August met his wife Kim when they were children attending Trinity Lutheran Church and School. They began dating when they were both teachers at Klein Oak High School.

August and Kim are proud of their two grown children—Ryan who has a career with Walgreens and Tara who is attending Texas A&M majoring in Biomedical Science.