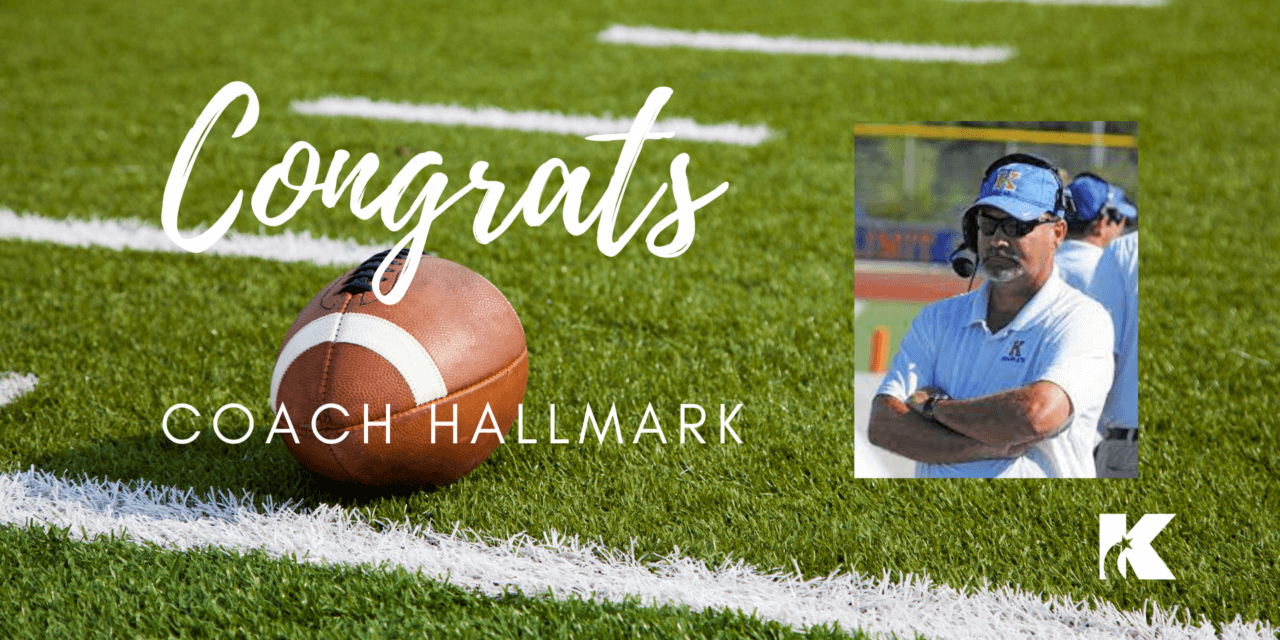 Coach Shane Hallmark of Klein High School is among the latest to be inducted into the Greater Houston Football Coaches Association’s (GHFCA) Hall of Honor.

The Campus Athletic Director and Varsity Head Football Coach is a beloved staple of Klein High School and is now being recognized for his constant contribution to the lives of student-athletes both on and off the field.

“I’m so thankful to be selected for the GHFCA Hall of Honor,” said Hallmark. “To be counted among some of my best mentors and fellow coaches I’ve played against is unimaginable.” 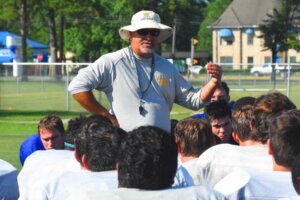 The nomination came as a total surprise to Coach Hallmark. He was blown away to hear of his nomination into the Hall of Honor by current GHFCA President and Klein Cain High School Head Football Coach and Athletic Director, James Clancy.

The road to Hallmark’s success in his current positions as a GHFCA Hall of Honor inductee and the Campus Athletic Director and Varsity Head Football Coach may have been long and challenging, but it was not without reward.

Coach Hallmark started his Klein ISD journey when he landed a position on the Wunderlich Intermediate Football Coaching staff. Hallmark, who had previously been coaching at a Catholic private school in Indiana, said returning to coach Texas football felt like “coming home.”

After working his way up at Wunderlich, Hallmark made his way to Klein Forest High School where he ultimately ended up in an Athletic Coordinator position. After his time at Klein Forest, Hallmark left Klein ISD to serve as the Head Football Coach of Fort Bend Hightower for about 5 years. 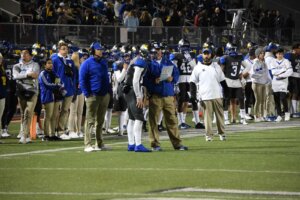 When he saw the Klein High Varsity Head Football Coach position was open he knew it was too good for him to pass up. Hallmark called former Klein High Principal Larry Whitehead, and told him he wanted to “come home,” and the rest is history.

Coach Hallmark describes his time as the Klein High Campus Athletic Director and Varsity Head Football Coach as extremely rewarding. He enjoys working with the campus-wide coaching staff at Klein High and helping to enrich the lives of the school’s student-athletes. The athletic period is the highlight of Hallmark’s day, and he looks forward to practices, games, and the opportunity to simply watch his students grow up.

Congratulations, Coach Hallmark on this great achievement! You are a shining example for the Klein High Bearkats and the entire Klein Community.

Best Public Schools in Texas
Klein ISD has an established 83-year history of excellence and innovation in education with unique pathways for EVERY student in our care to ensure learners are college, career, military, and life ready. With recognition for STEM, athletics, fine arts, and academics from highly-esteemed organizations, it is clear that Our Shared Vision of every student entering with a promise and exiting with a purpose is a reality for EVERY student who walks through our doors. https://kleinisd.net/results

Help Us Share Your Story
There are so many incredible individuals in the Klein Family making a lasting impact on our community. We want to recognize and celebrate our leaders and learners that are cultivating talent, building relationships, reimagining learning and making Promise2Purpose a reality daily. Share your story here: https://kleinfamily.net